When you catch a first glimpse into our rehearsal-room without any clue what kind of music we are playing you may be wondering about what you’re seeing: Singer Micha guzzles a juice-box while drummer Flo checks his stock of sticks and notices – as in every rehearsal – that he desperately needs new ones. Just in time bass-guitar-player Hendrik enters the room and fills up our sweets-deposit. After Robin nearly choked on a cookie the scene is over and another facet of the band is shown – without any sweets…

Back in the year 2013: Four guys from southern Cologne (Germany) just wanted to make some music. The only fixpoints were the rehearsal-room they still use and Role-models such as Stone Sour, Metallica, Limp Bizkit, Black Label Society, and many more.

The time passed by and the first songs were written, optimized, throwing away, and some truly loved. During this time the band had some crew-changes at the drum set until Flo took the sticks. Ever since, the four guys are writing songs, recording those, and enjoy every moment they spend on stage playing gigs.

Back in the rehearsal-room all childish manner is gone and replaced by brute metal sound and double-bass. Robins growling backing-vocals convey a dark impression while the lead-vocals vary between powerful rock tuning and soft tones.

Then everything is silent as if somebody pushed the mute-button. But right before someone asks the question whether someone pulled the plugs the show continues with a symphony of power -  Break-Down!

If you would ask Micha to which band the sound is comparable he hesitantly answers: “Well, actually this is my problem. I really don’t know. But if we would sound like other bands you wouldn’t need to listen to us. You should listen to some of our audio samples and would notice pretty fast how we sound like: Like SonZ!”

The last song of the rehearsal today. Flo – covered by beads of sweat – pushes the rest of the band to a limit while Robin gets lost in his guitar solo. Right before Robin kicks his wah-pedal in the ground Flo finds back his mercy. The rehearsal is over and Hendrik grabs the sweets while Micha opens a juice-box and Robin glances to the cookies… 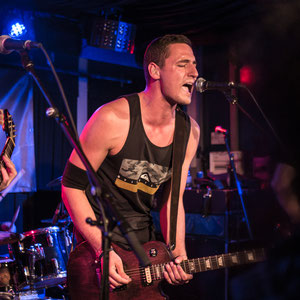 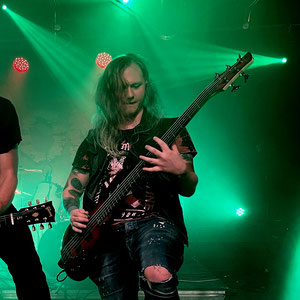 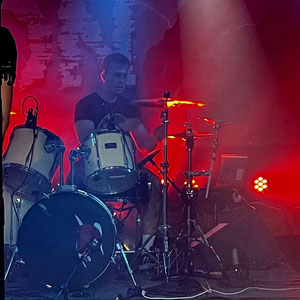 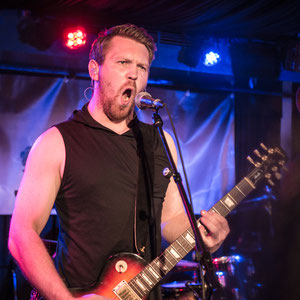 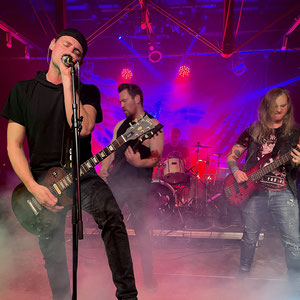